The Convertible and The Strip

We got back from Red Rock, and had time to take a nice little
nap. We planned on taking a drive down the strip that evening,
but first, my sister wanted to drive the convertible. I had
discovered that while it was fun to drive, you really have to
keep focused on whatever is right in front of you, and if you
happen to be sitting in the back seat, you are scrunched up like
a little doll. So I think it is really best for whoever is
sitting in the passenger seat.

I tried to explain this to my sister, but she balked, telling me
that I was just saying that so she wouldn't want to drive it. My
sister is a very good driver, but still, it was a rental, and I
am technically the only one authorized to drive it. But I did
let her take it out to pick up a friend of hers, and when she
got back, she admitted that this was so.

After dark, we went to The Strip, just myself and my sister in
front, and The Daughter crammed into the back seat. Our plan
was not to stop anywhere, since my sister has obviously had her
fill of casinos, having lived there for the past ten years, and
I had also seen enough of the glitz in my day as well. The
Daughter was content to just look at the lights and the sights.

Traffic was VERY heavy, with lots of stops at the stoplights,
but that was fine, since with the top down, and me stuck at
stoplights, it was easy for me to snap a few pictures. I know
they are not great, but it is proof that we were there! 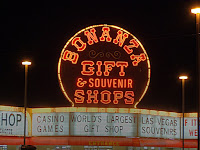 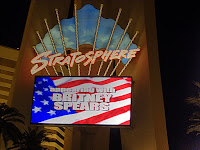 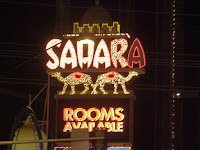 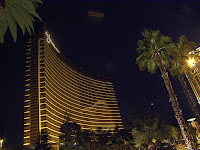 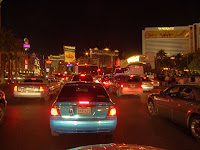 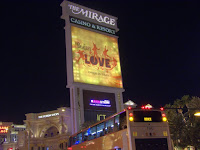 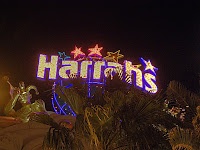 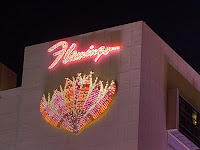 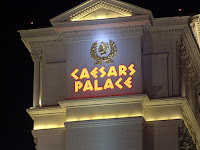 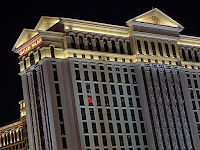 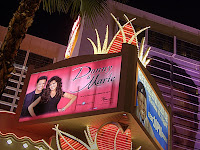 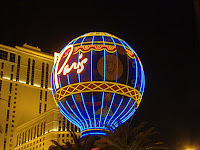 It got a little chilly that night, and when we were driving back
to my sister's place, we did NOT like the convertible, and we
didn't feel like pulling off the freeway so we could stop and
put the top up. Between the small trunk and cramped back seat,
and the coolness factor only existing when the weather was
perfect, the shine was beginning to come off the convertible a
little bit.

Coming up, we drive the convertible to California.