We Have Some Late-Night Fun

As some of you may know from this post, my neighbors and I
are pretty wacky, fun-loving folk. Just because we are old
doesn't mean we don't know how to have fun. You probably
wish that you had neighbors just like me.

As the above-mentioned post illustrates, we like to have
fun with Robert and Trish across the street...I don't know
why this is, I think it may be just chance they just happen
to be absent whenever Tony gets one of his good ideas.

Some time after the July 4'th incident referenced above,
Tony suddenly realized that it has been many years since he
has TP'd anyone. I think these are the kind of revelations
that sometimes occur to people when they are under the
intelligence-enhancing effects of malted beverages.

I am pretty sure that this is the reason that Prohibition
was repealed...people probably understood that without the
stimulating effects of alcohol, original ideas in this
country began to dry up.

I know this is not the intended use of toilet paper, but
since Robert's truck was just sitting there all alone, it
was just begging for some attention. I did not instigate
this, nor did I condone their actions. I am merely The
Press, documenting the events: 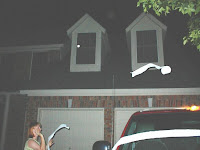 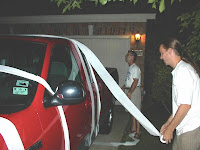 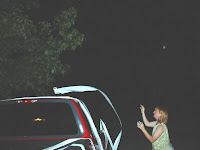 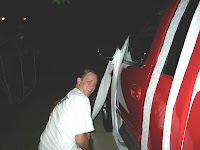 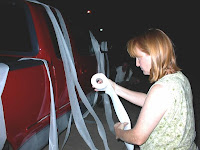 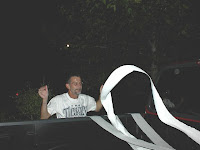 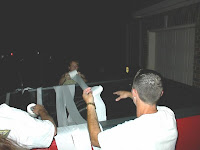 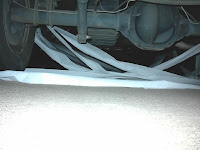 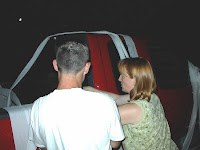 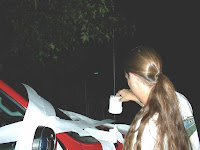 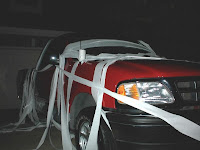 Phil, Eileen, and Tony. Note that Tony appears to be
getting quite a kick out of this: 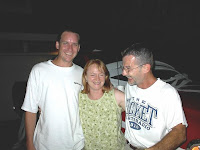 In case anyone was left wondering who the culprit or
culprits were, we left this bit of tantalizing evidence: 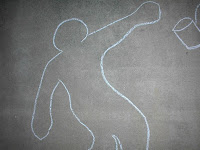