In June, 2008, on a pretty nice clear day, I headed to downtown Dallas on a
little photo excursion. I usually use satellite pictures and maps to scout out
new locations to shoot, and since it was not too terribly hot for a June day, I
parked the car and walked around for a few blocks:

I started out at the Fountain Place Tower, which I have always thought was a
beautiful building. This one was on the news around here several months ago
because of a foiled terrorist plot to blow up the building: 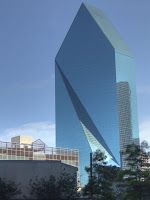 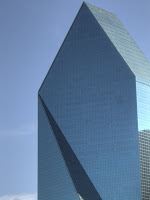 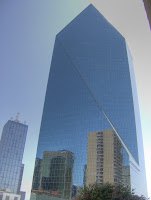 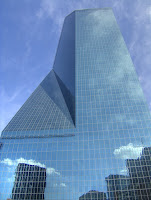 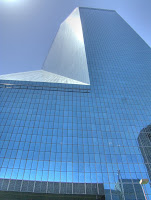 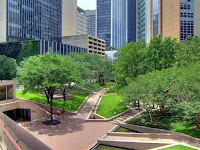 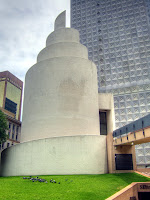 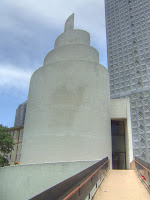 Once you get inside, it is pretty sparse:

But contains some gorgeous stained glass if you look up to the inside of the
spiral: 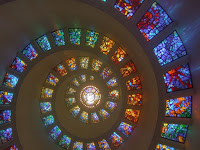 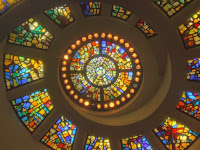 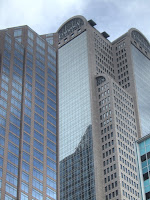 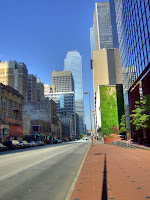 Perspective on some towers: 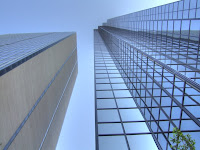 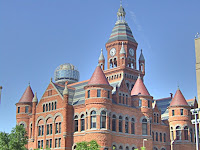 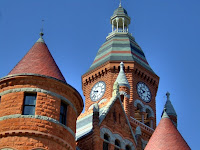 The 'Grassy Knoll' and the Sixth Floor Museum at Dealey Plaza: 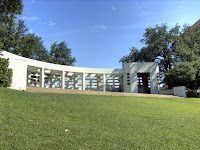 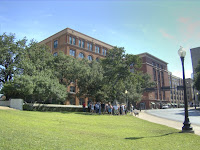 The sixth floor from where the shots were fired: 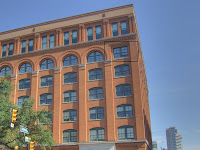 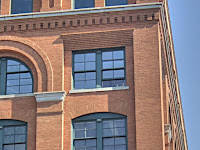 This is me right on the Zapruder Pedestal, where the actual film was shot from: 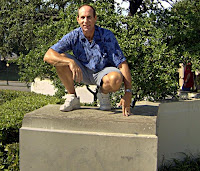 X marks the spot where the first bullet struck: 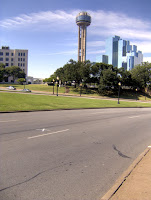 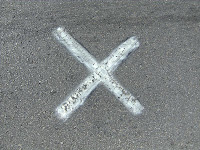 Yeah, I know, I felt like a damn tourist doing these. Thanks for looking!